The Great Barrier Reef is the largest reef system on the planet. It is millions of years old and home to thousands of species of marine animals. Due to its ‘outstanding universal value’ and ‘superlative natural beauty’, the UNESCO World Heritage Site list added the Great Barrier Reef in 1981.

But, the biggest living structure in the world is at risk. Global warming threatens its very existence. Water pollution is causing harmful starfish outbreaks. Rising ocean temperatures bleached large areas of the reef in 2016, 2017 and 2020, and this is likely to occur again.

As a result, in June 2021, UNESCO issued a draft recommendation to the Australian government that the List of World Heritage In Danger should include the Great Barrier Reef. However, concerted lobbying from Canberra resulted in members of the World Heritage Committee voting to keep the reef off the list until at least 2022. How did this happen, and why? 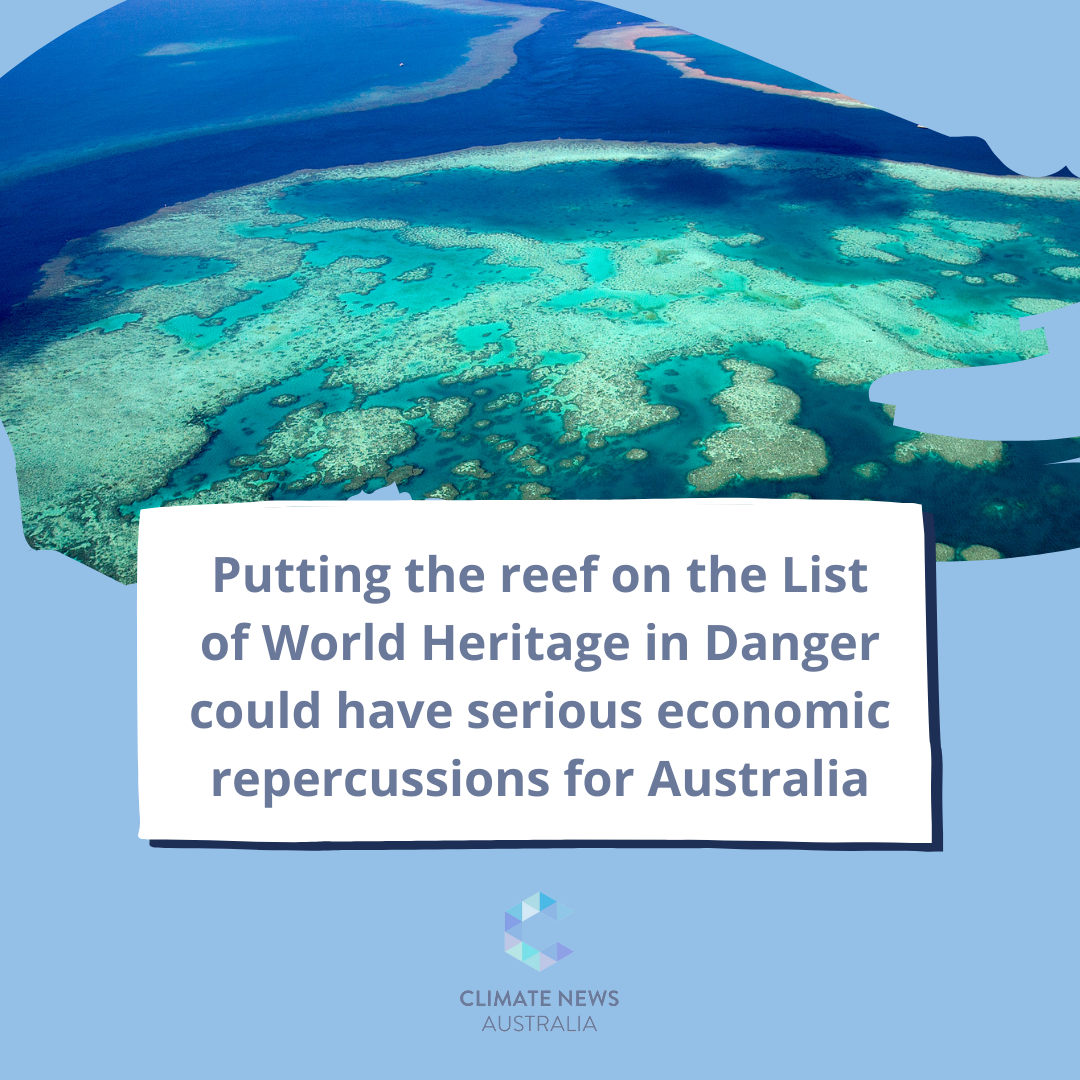 Is the Great Barrier Reef under threat?

There is no doubt that the Great Barrier Reef is under existential threat. The bleaching events in 2016 and 2017 caused mass coral mortality. In 2020, the third mass bleaching in five years was the most widespread on record. Half of its corals are now dead compared to levels in 1995. Overall, two-thirds of the Great Barrier Reef have been damaged, mainly due to climate change.

Bleaching takes place when corals are under stress. They drive out the algae that give them their bright colouration. It is possible for coral reefs to recover if there is a return to normal conditions. However, this can take decades. Scientists estimate that global average temperatures will increase by over 2°C. No coral reefs can survive a temperature rise of this magnitude. 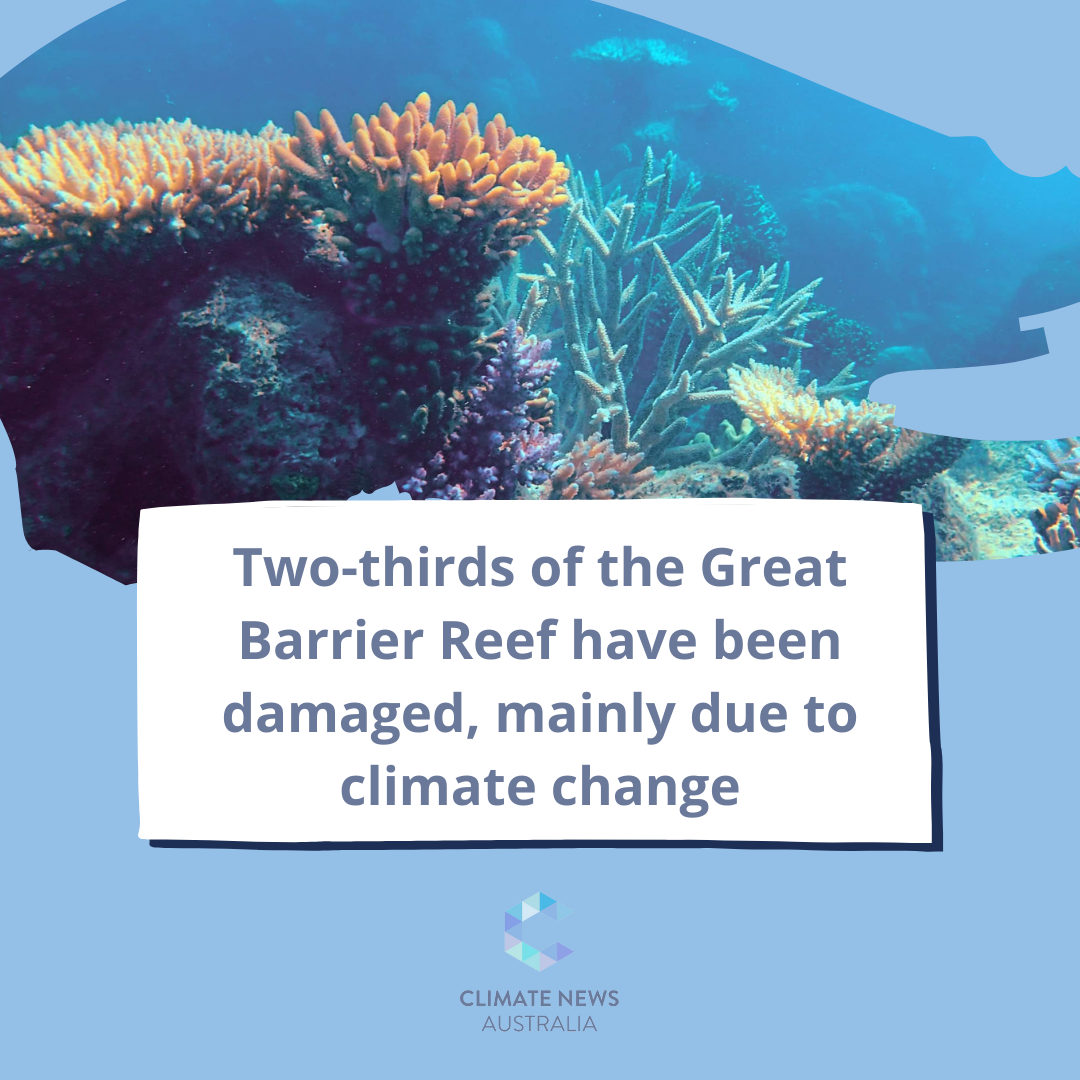 What is causing the damage?

Warmer ocean temperatures drive these bleaching events, a direct result of climate change. The Great Barrier Reef’s 2016 bleaching was at least 175 times more likely to occur because of accelerating climate change. Likewise, rising temperatures are behind a 54 per cent increase in the number of annual marine heatwave days.

To protect the Great Barrier Reef, a global effort to limit rising temperatures to 1.5°C is imperative. This means transitioning from fossil fuels to renewable sources of energy. It also necessitates protecting our natural carbon sinks, such as forests and the ocean. The reefs can be restored, but only if they have a respite from severe consecutive bleaching events. This means Australia and every other developed country must cut its greenhouse gas emissions immediately. 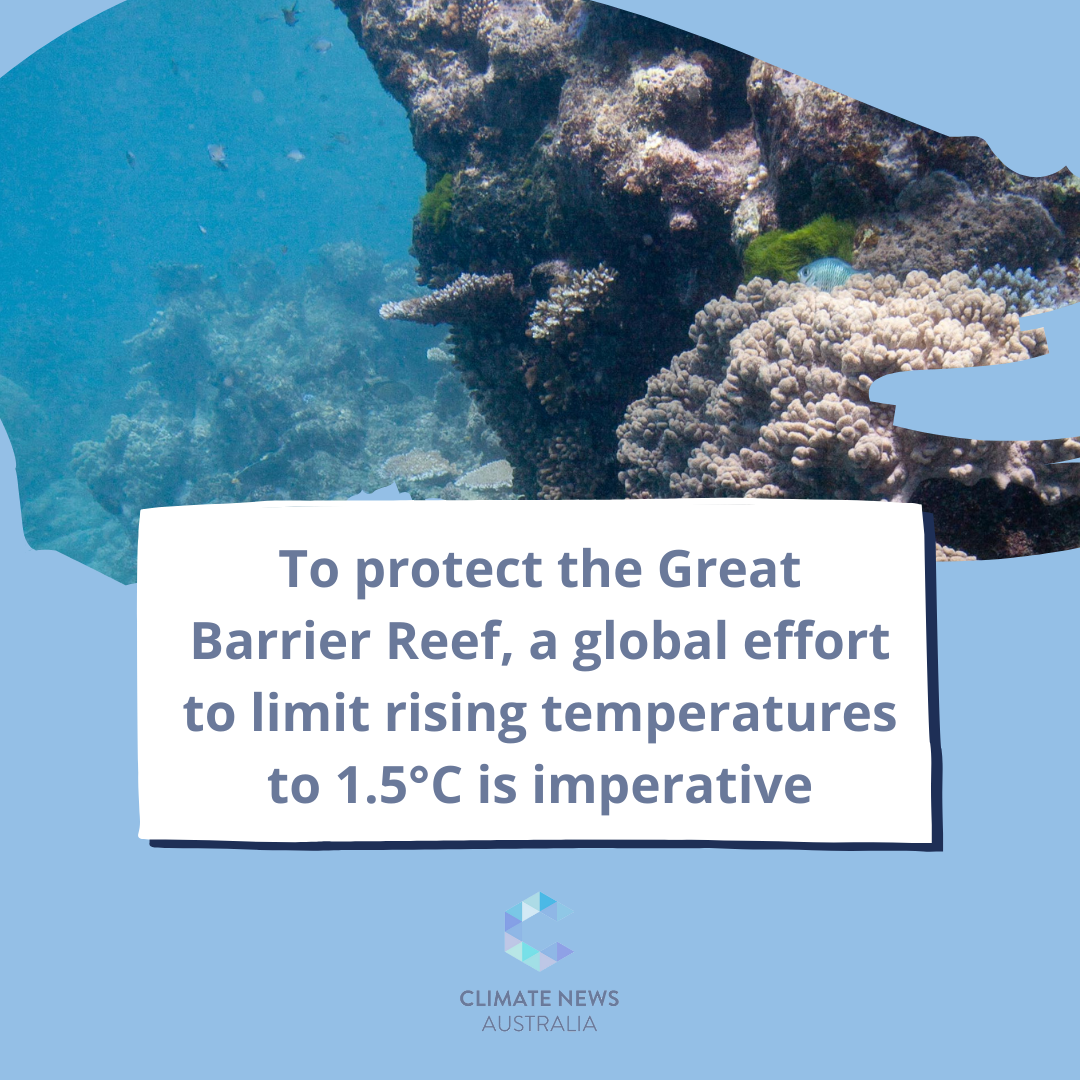 UNESCO and the Great Barrier Reef

The UN first threatened to downgrade the Reef’s World Heritage listing in 2015. In response, Australia crafted a ‘Reef 2050’ plan. They poured billions of dollars into protecting the 2,300-kilometre-long site. It is not the first time that a World Heritage has lost status. But, it was the first time a site has been recommended for the ‘in danger’ list principally because of the effects of climate change. Australia’s actions delayed further UNESCO status review until this year.

Australia and the Great Barrier Reef

Australia treasures the Great Barrier Reef for more than just its natural beauty. The ecosystem, covering 384,000 square kilometres, was estimated to be worth more than AUD $6.4 billion each year in tourism revenue before the coronavirus pandemic. It provides 64,000 full-time jobs and attracts millions of visitors.

Therefore, putting the reef on the List of World Heritage in Danger could have serious economic repercussions for Australia. However, the act is not a sanction. It can actually raise international attention to save sites. Nevertheless, Australia seems to view it as a dishonour. This is despite that the UNESCO draft recommendation commends the Australian government’s efforts to save the reef, including ensuring financial support and mobilising inter-institutional collaboration. It also ignores the fact that in 2019, Australia’s own reef authority downgraded the Great Barrier Reef’s outlook from poor to very poor. 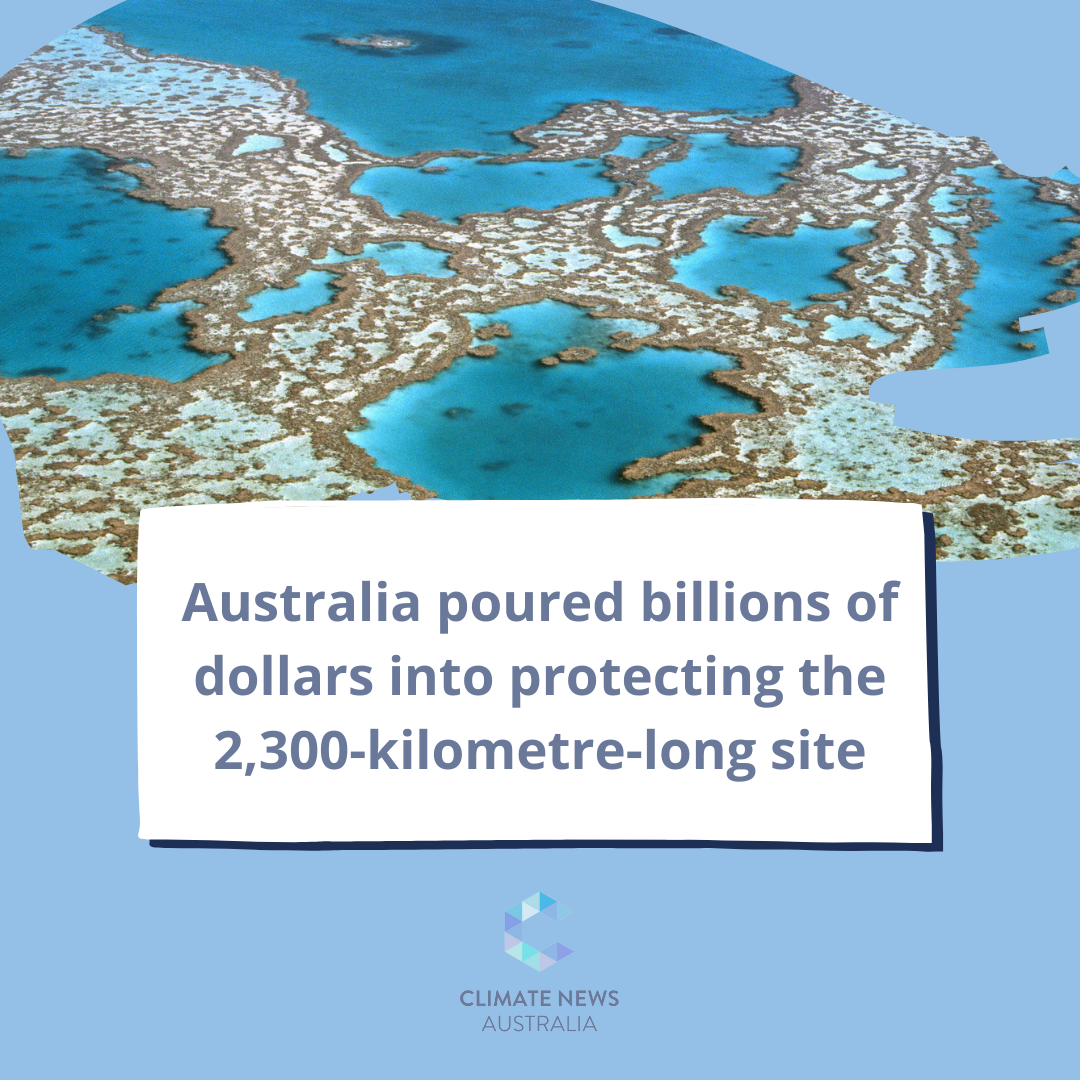 Is UNESCO ‘singling out’ Australia?

Environmental groups say that the UN’s decision brings attention to Australia’s deficient climate action. Australia is unusual amongst the world’s major economies for not having committed a date to reach net-zero emissions. Their first Nationally Determined Contribution to combat climate change was made in 2015. It aims to reduce greenhouse gas emissions by a mere 26-28 per cent below 2005 levels by 2030. This commitment was reiterated in 2020, with the government claiming their projections show they will ‘overachieve’ the target. However, the government’s emissions projections only achieve a reduction of 22 per cent below 2005 by 2030.

Furthermore, the Australian government supports a gas-led recovery instead of a green recovery to the COVID-19 economic crisis. Australia is the world’s largest exporter of both liquefied natural gas (LNG) and coal. Due to its refusal to commit to stronger climate change targets or reduce the use of fossil fuels, the UN ranks Australia last out of over 170 UN members for its response to climate change. The government’s vehement pushback against the UNESCO recommendation reflects the country’s ongoing commitment to dirty fossil fuels.

The result of Australia’s response

Canberra successfully convinced the World Heritage Committee members to give their conservation efforts more time. The UNESCO experts’ recommendation to downgrade the reef’s World Heritage status was ignored. Those they persuaded to vote against the recommendation included other fossil fuel exporting countries, like Russia and Saudi Arabia.

The Australian government has bought itself another year of inaction on climate change. They have not updated their climate goals since 2015 and show no signs of amending this now. But this will be disastrous for the Great Barrier Reef. Limiting global warming to 1.5°C is fundamental for its survival. Yet, Australia’s climate record is on track for a 2.5-3°C rise. This would destroy all coral reefs worldwide.