Australia will bring the world’s environment leaders together at a major environment summit in 2024. The global Positive Nature Summit aims to secure billions of dollars in investment to protect and replenish the natural world.

Environment Minister Tanya Plibersek made the announcement while attending the COP15 biodiversity conference in Montreal. Australia will host the summit to “supercharge private investment in protecting and repairing our environment”, she said.

The summit will focus on how to encourage private finance for “on-the-ground nature repair projects, such as restoring mangroves, protecting waterways, and re-establishing habitat for threatened species.” The aim is to help nations gain the knowledge, tools and technical support they need to attract private investment for such projects. For example, Australia requires over AUD $1 billion per year to protect and restore nature, said Minister Plibersek.

A Paris Agreement for nature

In the previous week, Minister Plibersek said the world was on an “unsustainable” path unless a major international agreement to protect the environment was reached. Countries must model the Paris Agreement for nature and biodiversity. “We’ve got to halt biodiversity loss and begin to repair nature”, she said.

The government recently announced its Nature Positive Plan, aiming to shift Australia’s trend of declining species populations and ecosystems to that of restoration and regeneration. The plan includes actions to fix Australia’s broken environmental laws and establish an independent Environment Protection Agency. It will also establish a Nature Repair Market to encourage and guide private investment in nature.

The ten-year Nature Positive Plan aims to halt any future species extinction in Australia. “We’d like to see that target adopted internationally”, she said. 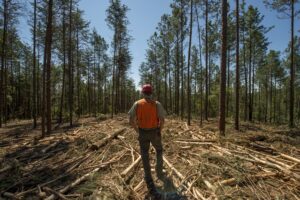 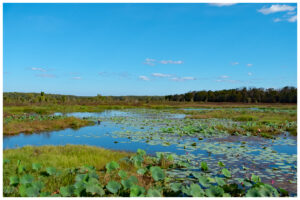 Businesses worldwide want to invest in nature, said Minister Plibersek. Their customers, investors, staff and exposure to nature-related risks demand it. Governments must help guide private investment to where it will benefit nature the most. “Australia has much to share, but plenty we can learn too”, she said.

This environment summit will be an opportunity for countries and businesses to:

The summit will support the implementation of the Convention on Biological Diversity and the UN Framework Convention on Climate Change. It will also build on Australia’s strong support for the International Taskforce on Nature-related Financial Disclosure.

Minister Plibersek will announce the host city in the coming months. “We will work closely with our Pacific family to ensure the Summit has strong representation from our region”, she said. 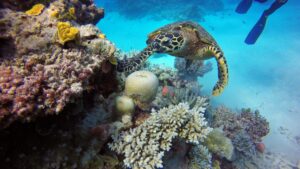 Securing investment to protect and restore nature could have a significant positive impact on species and ecosystem preservation. However, climate action and nature protection must go hand in hand. It is worth noting that in November, UNESCO scientists singled out Australia to say its climate policies were not ambitious enough to safeguard its Great Barrier Reef.

Australia’s current emissions reduction plan is consistent with a 2°C rise in global average temperatures, which would all but wipe out the reef. The reef should be rated as “in danger” of losing World Heritage status, UNESCO said, reiterating its message first made in 2021. This is despite the government’s recent announcement of AUD 1.2 billion in funding for its protection. Ultimately, the long-term success of many nature preservation efforts will prove futile if climate action and emissions reductions fall short.