Tiwi Traditional Owners have won a legal challenge against oil and gas giant Santos’ AUD $4.7 billion Barossa gas project. In a landmark ruling, Australia’s Federal Court has invalidated Santos’ permit to drill for gas in the Timor Sea. The court agreed with Tiwi Island Senior Lawman Dennis Tipakalippa that Santos failed to consult First Nations peoples regarding the project, as required under legislation.

The case is the first significant challenge to an Australian offshore gas approval based on a failure to consult with Traditional Owners. Under Justice Mordecai Bromberg’s orders, Santos must now vacate the Barossa gas field by 6th October.

This momentous ruling has ramifications both for Santos’ Barossa gas project and NOPSEMA — Australia’s offshore gas regulator that permitted the drilling. The decision will also have far-reaching impacts for Tiwi Islanders and beyond, putting other energy companies on notice to listen to the voices of First Nations peoples.

“I am the happiest man alive”, Mr Tipakalippa said in reaction to the ruling. “We are so happy and so relieved. We have won. The most important thing for us is to protect our Sea Country. We want Santos and all mining companies to remember – we are powerful, we will fight for our land and Sea Country, for our future generations no matter how hard and how long.”

“Santos tried to get away with not consulting us, but today we have had our voices heard. We cannot be sidelined or silenced”, he said. 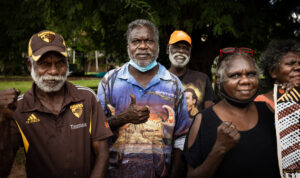 The journey to the historic ruling against Santos’ Barossa project

Mr Tipakalippa first launched the lawsuit in June, represented by the Environmental Defenders Office (EDO) and supported by the Environment Centre of the Northern Territory. Mr Tipakalippa argued that NOPSEMA should not have approved Santos’ drilling, as it had failed to consult with the Munupi Clan. Traditional Owners told the court that Santos’ Barossa project risks their way of life that has endured for millennia, including food sources and their cultural and spiritual connection with the Sea Country.

Then, in August, the Federal Court travelled to Pitjamirra on Melville Island to take on-Country evidence. In a historic hearing, Tiwi Islanders gave evidence on the coastline closest to the drilling site, including in the form of song and dance in accordance with cultural protocol. Following the proceedings, Santos agreed it would halt drilling in the project, while the court considered its decision. 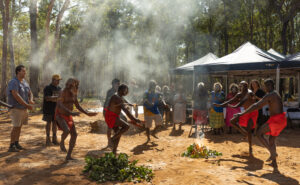 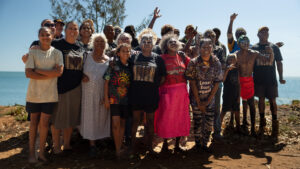 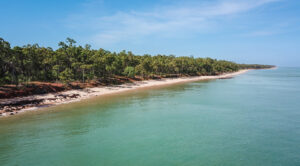 A far-reaching victory for the First Nations communities

The historic ruling sets a new precedent for the depth of consultation required with Traditional Owners before drilling approval in Sea Country, said Alina Leikin, special counsel with the EDO which represented Mr Tipakalippa. “This is a huge victory for the Munupi Clan and a testament to their strength and dedication in the face of one of Australia’s largest mining companies. It will have national and global implications for consultation with First Nations peoples on mining projects”, Ms Leikin said. “It confirms that the voices of First Nations communities must be heard when their Countries and cultures are under threat.”

The decision by the Federal Court has thrown the Barossa project into disarray, said Jason Fowler, Energy Campaigner at the Environment Centre NT. “Gas companies: take notice. What Santos has tried to pass off as consultation has been found to be insufficient, and now the wheels are off their project. Oil and gas multinationals like Santos are not above the rules”, Mr Fowler said.

This ruling is the latest legal win against Santos’ controversial Barossa gas project. However, the battle to halt drilling for good in pristine Sea Country is not over. Immediately after Judge Mordecai Bromberg’s ruling, Santos announced it would appeal to the full Federal Court. Should Barossa go ahead, it would be the dirtiest gas project in Australia. 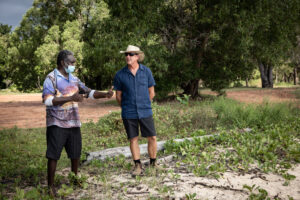 Dennis Tipakalippa and James Fowler from the Environment Centre NT 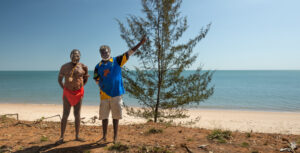