A Record Year for Solar and Wind Energy in Australia (Video)

Solar and wind energy were the two fastest-growing sources of electricity globally in 2021. They now account for over 10 per cent of global electricity generation for the first time. This milestone has been reached by 50 countries worldwide, according to new research from Ember, an independent climate think-tank.

The 2021 Global Electricity Review found this represented a combined rise of 17 per cent for wind and solar in 2021. Of this, solar rose 23 per cent, meaning it was the fastest rising source of electricity generation for the 17th year running. Global wind generation rose by 14 per cent. This was the highest percentage growth rate in four years and the highest absolute increase ever. Overall, clean sources generated 38 per cent of the world’s electricity in 2021.

The dataset and report cover electricity generation for 209 countries from 2000 to 2020. The latest data for 2021 for 75 countries represents 93 per cent of global power demand.

The energy mix and climate goals

Wind and solar must sustain high compound growth rates of 20 per cent every year to 2030 to keep 1.5°C within reach. At 17 per cent, 2021 just fell short of that target, but leading countries are demonstrating how to achieve it.

“Leaders are only just waking up to the challenge of how quickly they need to move to 100% clean electricity”, said David Jones, Ember’s Global Programme Lead. “Clean electricity now needs to be built on a heroic scale.”

But, despite the positive trends, greenhouse gas (GHG) emissions from power generation still rose by seven per cent globally in 2021. This took global emissions to an all-time high.

This was because wind and solar met just 29 per cent of the global rise in electricity demand increase. Other clean electricity provided no growth, with nuclear and hydro levels unchanged for two years. This meant that fossil fuels fulfilled the remaining demand. Coal, the dirtiest fossil fuel, contributed 59 per cent of the rise in demand alone. What’s more, there are fears this trend could continue, as high gas prices mean countries turn to coal.

The 2021 overall emissions growth is in sharp contrast to the International Energy Agency’s (IEA) 1.5°C pathway requirements. Now, a 60 per cent reduction in global power sector emissions by 2030 is necessary to avoid over-shooting the diminishing carbon budget. 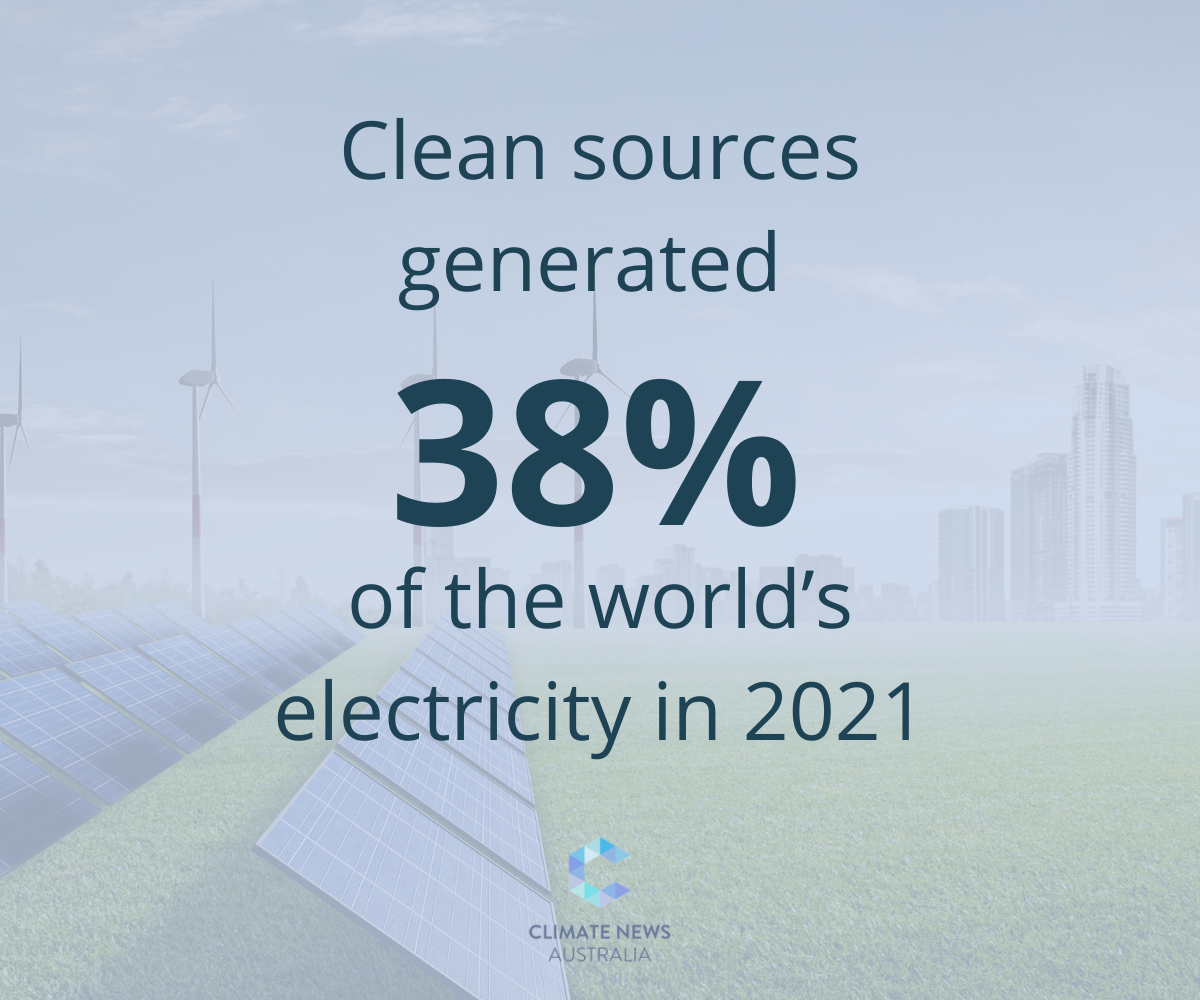 Australia was among the three fastest countries to transform its electricity system since the COVID-19 pandemic. Wind and solar power now generate 22 per cent of Australia’s electricity. This is a 58 per cent change year on year – up from 13 per cent the previous year.

According to the report, if all countries replicated and sustained these trends worldwide, the power sector would be on track for the 1.5 °C target.

The 22 per cent share also means that Australia had the second-highest wind and solar share of any country outside of Europe, following Uruguay. What’s more, this increased solar and wind directly replaced fossil fuels. In 2021, Australia’s share of fossil fuels fell from 79 per cent to 70 per cent. This has resulted in a positive change in the overall carbon intensity of Australia’s electricity. It fell from 644 gCO2/KWh in 2015 to 527 gCO2/KWh in 2021. This represented the most significant change in any G20 country since 2015.

State-wide – rather than federal – policies have driven this rapid progress in Australia. “Australia’s renewable electricity has been driven from the bottom up”, said David Jones. “This is very different from many countries where national governments lead the charge. It’s very refreshing to see so many people embracing home-grown solar, even as the national government continues to push for more oil and gas.” 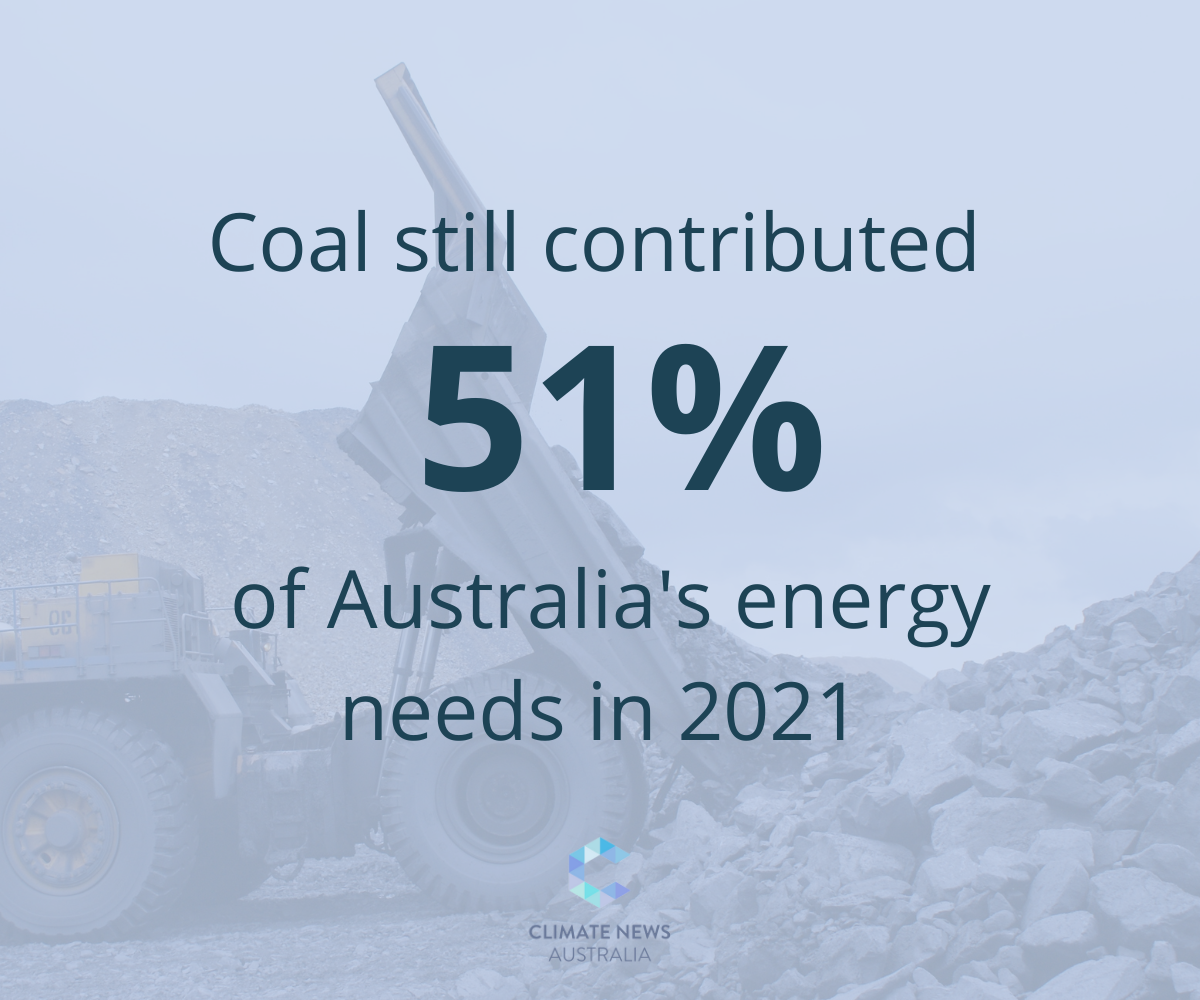 The 2021 Global Electricity Review data indicates that Australia is trailblazing in the transition to clean energy. Australia is proving to the world how rapidly renewables can replace polluting fossil fuels for electricity generation. But, while last year’s progress is admirable, the country still has a long journey ahead to meet its net-zero commitment.

This is because Australia remains heavily reliant on fossil fuels. In 2021, coal still contributed 51 per cent of the country’s energy needs. In addition, the federal government is pursuing its “gas-fired recovery” in stark contrast to the requirements of a climate-safe world.

These plans are out of step with the global consensus on climate action. Fossil fuels are expensive and no longer make any economic sense. Instead, wind and solar are the lowest-cost sources of electricity, providing clean, efficient power generation for households and businesses. In addition, the industry offers many benefits, including job opportunities and cleaner air.

Furthermore, emissions from coal mined in Australia, but exported and burnt overseas, were almost double the nation’s domestic greenhouse gas footprint in 2020, according to data from Ember last year. In fact, Australia’s emissions from LNG and coal are projected to increase by 2030 due to its projected exports.

While Australia has grounds to celebrate its recent progress on wind and solar energy transition, its reputation as the “colossal fossil” unfortunately remains valid. The country must now accelerate action to decarbonise both its domestic grid and exports to remain on track to meet net-zero. 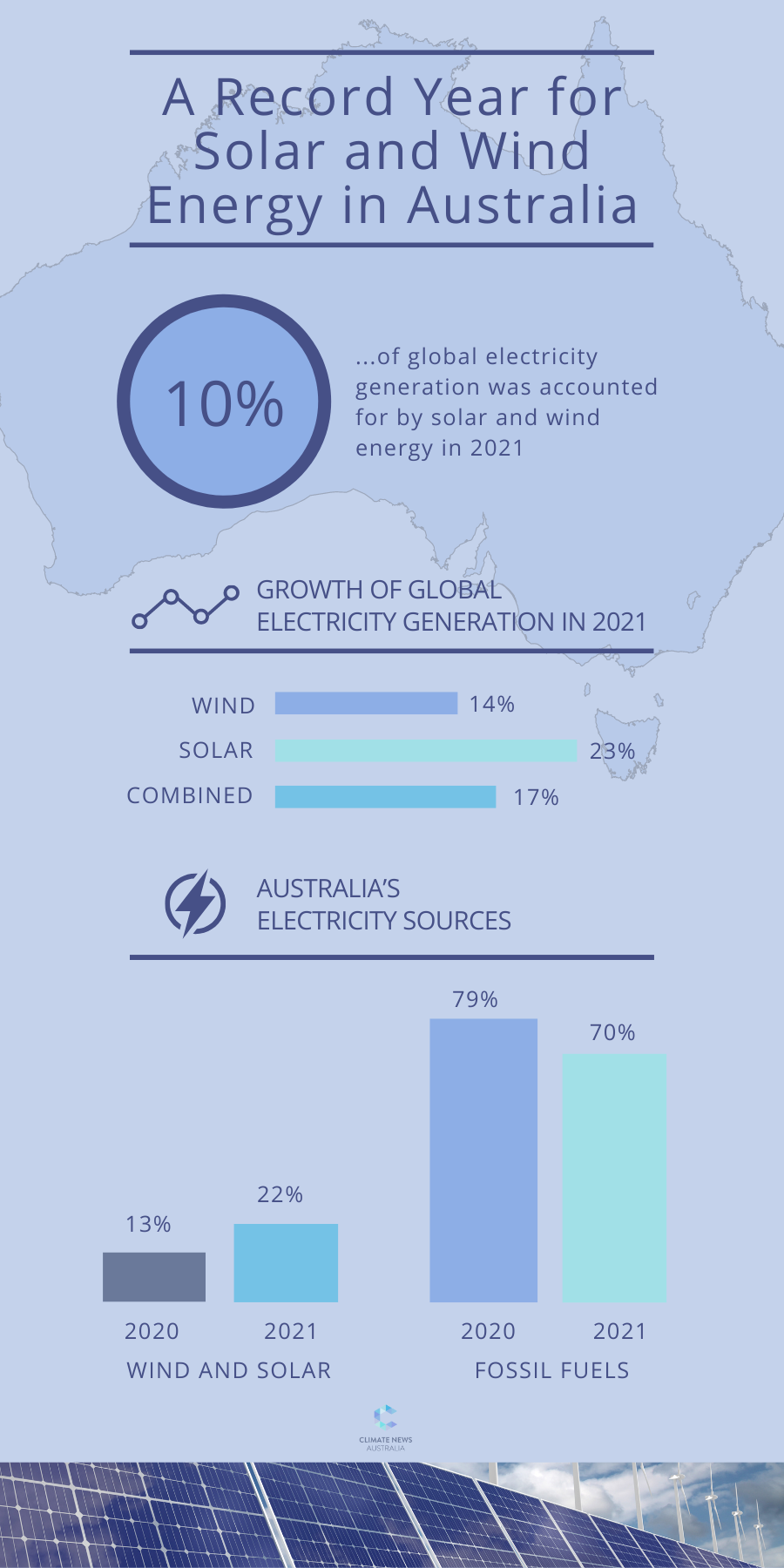