A Closer Look at Methane: The Potent Greenhouse Gas

Home » A Closer Look at Methane: The Potent Greenhouse Gas

Methane is a greenhouse gas and a growing source of concern for scientists worldwide. It is a leading cause of global warming, and one of the biggest sources of methane is natural gas. This is a problem for Australia, where the preceding federal government endorsed a ‘gas led recovery’ from the COVID-19 pandemic, and Labor policies continue to support this polluting industry. In Australia, methane emissions from natural gas production have risen by 46 per cent since 2005.

So, what is this greenhouse gas (GHG) known as methane and why should Australia be worried about it?

How do methane emissions occur?

Methane is emitted during the transport and production of fossil fuels, such as natural gas, coal and oil. It also comes from the decay of organic waste in landfills. But, the dominant source of methane globally is agriculture, specifically, the gastroenteric emissions and manure from animals.

Methane emissions are driven by increasing demand for animal protein, thanks to population and economic growth, as well as migration to urban areas.

Why is this greenhouse gas particularly bad for the environment?

Methane accounts for approximately 30 per cent of global warming since pre-industrial times, according to the United Nations Environment Programme (UNEP). Methane emissions are also increasing faster than at any time since record-keeping started in the 1980s. These emissions continued to rise during the COVID-19 pandemic, even as carbon dioxide emissions slowed.

Is carbon dioxide as bad as methane?

Both carbon dioxide and methane are powerful and dangerous greenhouse gases. While there are differences between the two, both are devastating for the climate. Carbon dioxide traps heat in the atmosphere for centuries, while methane gas fades away within a few decades.

Warming of 1.5°C will change the world in substantial ways, the IPCC predicts. This includes an increase in extreme weather events, increased biodiversity loss, reductions in food availability and an increase in human deaths, often due to deadly heat waves.

The situation where the world warms by 2°C would be even worse. Currently, the world is on track to warm by 2.4°C, even with the pledges made by governments to reduce emissions.

Natural gas is one of the primary sources of methane because it is made up of about 90 per cent of this GHG. Large amounts of methane leak into the atmosphere every year because of fugitive emissions. These are accidental leakages of methane throughout the natural gas production, storage and transportation process.

Methane levels in the atmosphere were higher in 2019 than at any point in the last 800,000 years, the IPCC says. To slow down the pace of global warming, IPCC scientists have called for “strong, rapid and sustained reductions in methane emissions”.

Doing so will decrease natural gas and other fossil fuel production. Many countries worldwide have pledged to reach ‘net zero’ by 2050. Therefore, these countries will need to reduce GHG emissions as much as possible. This would ensure that natural processes and human technologies can absorb the remaining emissions from the atmosphere. To achieve this, the world will have to slash emissions from gas and oil production by 75 per cent between 2020 and 2030. 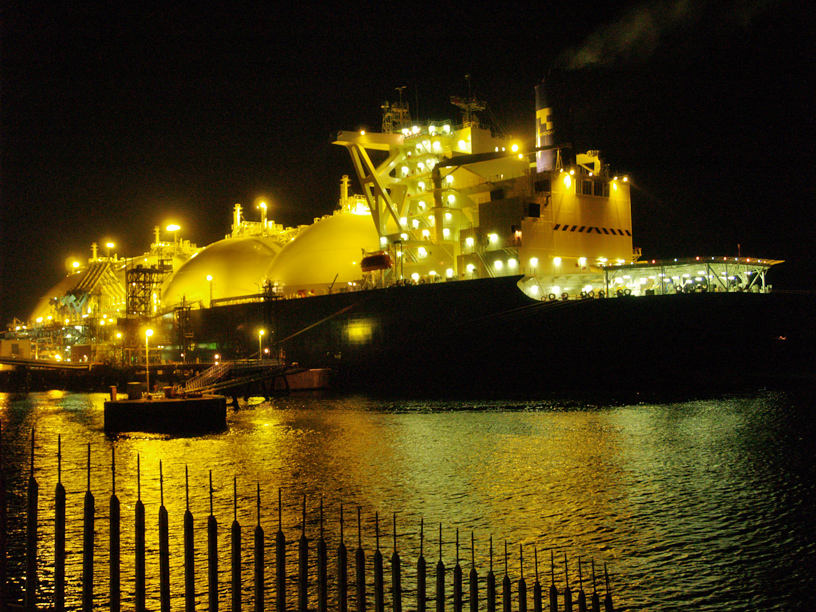 No. The gas industry often tries to promote natural gas by saying it is low carbon. But, the fact remains: it is a fossil fuel and can never be low carbon. In fact, analysis from 2020 found that fugitive emissions from the gas industry mean that natural gas can be more polluting than coal. “Methane from gas poses the greatest threat to the warming climate”, says Institute for Energy Economics and Financial Analysis (IEEFA) analyst Bruce Robertson said. “If you leak more than two per cent to three per cent of methane, it is worse for the climate than coal.”

In 2019, the UK advertising regulator ruled against an oil company advertising gas as “low carbon”. This was seen as a blow to other gas industry companies seeking to position themselves as a low carbon bridge between coal and renewables.

Should Australia continue with its ‘gas led recovery’?

In 2020, a group of leading climate scientists wrote to Australia’s chief scientist at the time, Alan Finkel, imploring him to advise the government to put a stop to the country’s natural gas programme. The scientists pointed out the devastating impact of methane as a greenhouse gas on the environment, as well as Australia’s commitment to limiting global warming to 1.5°C as a signatory to the Paris Agreement. They also pointed out that Australia is already feeling the impact of climate change, with devastating fires and damage to the Great Barrier Reef.

Australia is also one of the countries most at risk from the devastating impacts of climate change. In 2021, floods cost the country at least USD $2.1 billion, putting this in the top ten most costly extreme weather events of 2021.

Natural gas prices are also volatile, causing electricity prices in parts of Australia to increase. Furthermore, renewables, like wind and solar, are cheaper and faster to build. Therefore, it makes little sense for Australia to keep investing in natural gas while cleaner, cheaper renewables will fuel Australia’s future.